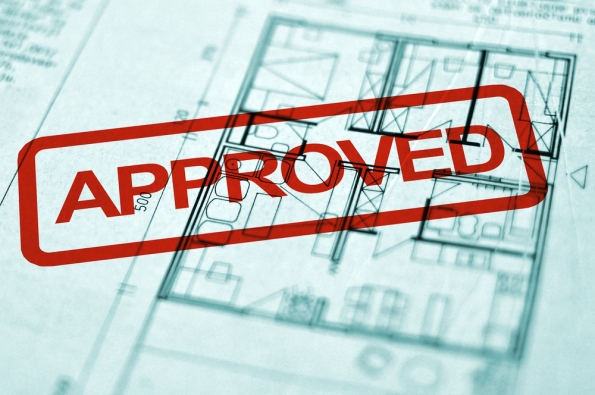 In April 2010 the Government introduced legislation that changed the planning law, and created a new Use Class of ‘C4’ or House in Multiple Occupation (before April 2010 small HMOs fell within the ‘C3’ or Dwelling House Use Class).

This change required all landlords to gain planning permission before they could let what was a formerly used as a family house (C3) as a small HMO (C4) housing between three and six unrelated sharers. This is known as a ‘Change in Use’.  Where an Article 4 Direction is in effect, a local authority may not demand a fee for associated planning applications.

In October 2010 the Coalition Government amended the legislation. To do this, they included a ‘Change in Use’ from C3 to C4 within the General Permitted Development Order (GPDO). This allowed landlords to change their properties from a C3 Dwelling House to a C4 HMO without the need for planning permission.

However, they also gave local authorities the power to remove permission for the C3 – C4 ‘Change in Use’ by means of an ‘Article 4 Direction’. Councils have used this to designate whole areas and limit the number of HMO’s in a geographical area.

The impact of Article 4 Directions

Article 4 Directions are used by local authorities to limit the number of HMOs in a geographical area, for example a maximum of 10% of housing to be HMOs within a council ward. The introduction of Article 4 applies to all HMOs in an area, it does not prevent a landlord from renting to a family, but the landlord will need to register the property as an HMO.

Article 4 Directions have an ability to displace groups such as students from current areas around universities and push them to other areas. This can put pressure on the housing stock in areas which are currently occupied by housing association tenants and low income households, the result will be fewer properties available.

It is also important to think about the financial cost to local authorities. Without the ability to charge for planning applications local authorities will not be able to regain the lost time and money spent processing them. The result will be money diverted from targeted enforcement against the worst, rogue landlords who blight the private rented sector.

What is an Article 4 Direction?

Article 4 Directions are not new, they came into existence under Section 4 of the Town and Country Planning Act 1990 to limit development within National Parks and safeguard Areas of Outstanding Natural Beauty.

Section 4 removes permitted development rights in a specific geographical area, and requires planning permission for all new development and any renovations to existing buildings. A Notice under Section 4 of the Town and Country Planning Act 1990 is commonly known as an ‘Article 4 Direction’.

When the Coalition Government amended the GPDO, they made it easier for local authorities to use planning laws to restrict HMOs, by allowing them to classify under Section4 HMO’s.

• Article Four directions only require planning permission in respect of those properties previously occupied by families let to mixed households such as students and young professionals. This could force landlords to neglect this important area; this will push these groups away from the locality.

• Article 4 Directions can affect the type of housing provided in a specific area, moving from young professional housing to those who the council cannot house; this could create a problem with community cohesion and discriminates against groups.

• The trends in future UK housing demographics and changes in welfare, increases the need for HMO housing provision.

• The current lack of available of housing finance and supply of affordable housing, point to a greater need for shared housing in the UK.

• Article 4 Directions also fail to address bad landlords and poor management as they can still operate outside of the law and acceptable standards. .

• As with any other household, those in shared housing are required to behave in a socially acceptable way – planning law does not address this issue. It is aimed at reducing a type of housing in a specific area.

• When considering whether to convert/buy a property, with the intention of creating an HMO, at present owners and potential owners have no way of knowing whether it would breach the councils arbitrary threshold. Therefore, Councils Planning Department’s need to put into place a facility to inform potential buyers before purchase whether converting a certain property into an HMO will breach the threshold. This will then allow people to make informed decisions on future investments.

• The 2010 Comprehensive Spending Review changed the shared room rate age threshold for Local Housing Allowance from 25 to 35, meaning that single benefit recipients under this age have only been able to access shared housing since 1 January 2012. The Government has estimated that nationally 88,000 extra rooms in HMOs are required due to this change.

• There is the potential to create ghost areas as people move, which will have an impact on the local shopping and community infrastructure.

• Student numbers are not expected to increase in the coming years – if anything a small drop is expected. Thus the introduction of many Article 4 Directions has comes at an inappropriate time if it is to stop student numbers increasing in an area.